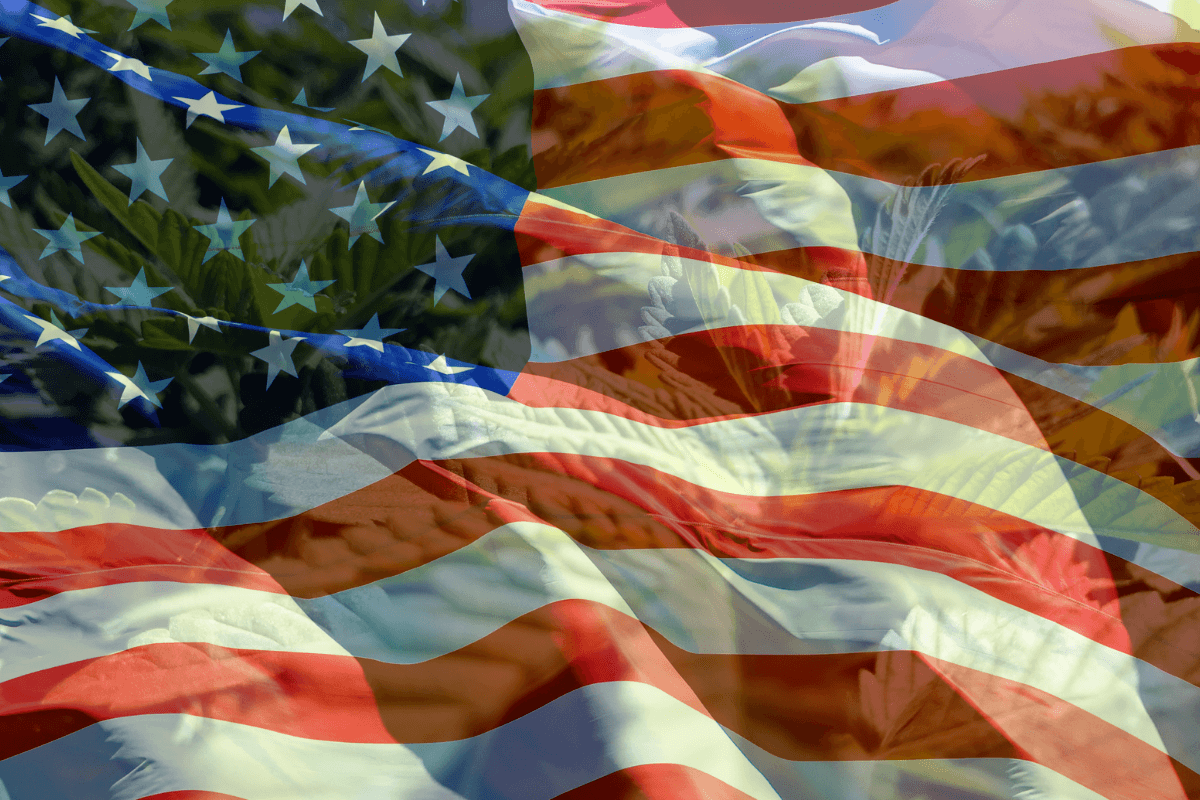 After election 2020, we think the future is bright for hemp … and all forms of cannabis.

The 2020 election was a referendum on the legalization of cannabis, as much as it was a vote about who would represent us or lead the country. We believe that federally legalizing cannabis will help the hemp industry, too.

In the 2020 election, voters in 4 states legalized the possession of psychoactive cannabis (a.k.a “marijuana”) by adults. Two more states approved medical cannabis. In total, 36 states now support some form of possession of psychoactive cannabis, whether for medicinal or recreational purposes. And President-elect Joe Biden might be more supportive of legalization and reform of the war on drugs than any president in our lifetimes.

Legalizing cannabis is an issue many politicians dismissed or avoided discussing for years, even as more of the populace began to openly support the idea. Polls about cannabis legalization consistently show that the majority of Americans support both recreational and medicinal cannabis. And those numbers seem to increase with every year and every poll.

We believe that legalizing cannabis is good for the country, and good for industrial hemp too. Even though the U.S. legalized hemp in 2018, barriers remain that make it hard for our favorite plant to thrive here. Some of those would disappear if all forms of cannabis became legal.

About one month after the election, the U.S. House of Representatives approved the historic Marijuana Opportunity, Reinvestment and Expungement (MORE) Act. This bill would deschedule cannabis, making possession no longer a crime, and expunge past cannabis convictions as well.

The House voted to approve the MORE Act on December 4, 2020 despite heavy criticism from members of the Republican party. The vote was split largely along party lines. Republicans issued statements and took to Twitter to lambast their political opponents for even attempting to pass cannabis legalization legislation. As a result, passage in the GOP dominated Senate looks impossible.

As we discussed below and in a December 2, 2020 Ministry of Hemp podcast episode on cannabis legalization, this illustrates the stark divide between popular opinion and political will on psychoactive cannabis (a.k.a. “marijuana”). While Republican leaders like Sen. Mitch McConnell are enthusiastic in their support of another form of the same plant, too much stigma remains for them to openly embrace support of THC-rich cannabis. That’s even though psychoactive cannabis is generating billions for state economies during an intense economic downturn.

With a run-off election imminent in Georgia and more political change ahead, support for cannabis could continue to grow. We think it’s time for Republicans to contact their lawmakers and tell them they support cannabis legalization too.

The connection between hemp and ‘marijuana’

Hemp advocates celebrated this long-awaited move but, despite bi-partisan support of industrial hemp, the new industry is off to a difficult start. Everyone from banks to social media companies continue to stigmatize hemp, associating it with cannabis which they still deem illegal. That makes it hard to grow the industry, or invest in new uses for the plant.

To fully legalize hemp, we need to support access to the plant in all its forms.

The fact that every state has slightly different laws for treating both hemp and cannabis creates an ongoing mess of legal confusion and prosecutions. Police don’t have reliable ways to tell the difference between hemp and cannabis. Some states are responding by banning smokable forms of hemp, despite their exploding popularity and the fact that the Farm Bill legalized all forms of hemp.

Industrial hemp is a different form of the cannabis plant that doesn’t get people high. Legally speaking, the only difference is that hemp needs to remain below 0.3% THC. Crops that go over this amount typically must be destroyed, causing a tremendous amount of waste at every harvest.

Psychoactive cannabis is consumed for pleasure, its medicinal benefits, or both. Hemp has countless uses, from medicine to clothing to food and beyond. With their distinct uses, and distinct ways of being grown, the hemp and cannabis industries will probably always be separate.

But if we want to clear up the remaining legal hurdles around hemp, legalizing all forms of the plant seems like an obvious next step. Election 2020 brought us much closer to that goal.

The future of hemp after election 2020

To our pleasant surprise, President-elect Biden’s platform showed remarkable support for reducing the harms of the war on drugs.

According to his platform, Biden supports nationwide legalization of psychoactive cannabis for medicinal purposes, and wants to leave recreational support up to the states. Meanwhile, support for total legalization is creeping up in Congress. The MORE Act, which would legalize cannabis nationwide, could see a House vote as soon as next week.

While it’s unclear if Congress is quite ready to take this step, the country as a whole seems ready. More than half of states allow cannabis possession in some form. We’re well past the stage where the federal government could effectively stop legalization. There’s just too much momentum.

After the 2020 election, it seems inevitable that the U.S. will legalize cannabis, and fix hemp regulations too. Timing makes a big difference, however. It took hemp about a decade to really take off in Canada after they legalized the plant. Cannabis could end up legalized with so many strings attached that the black market continues to thrive. This dysfunctional, divisive political moment could delay progress for years.

To ensure a bright future for our favorite plant, cannabis and hemp need to become priorities for our legislators. If you love hemp, you need to put pressure on lawmakers to also legalize cannabis and to do so in a way that’s just and equitable.

If we come together in support of our favorite plant, we can ensure it thrives in every form.