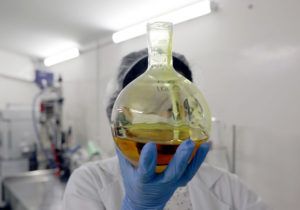 A new study shows consumers are unable to identify cannabinoid levels in products they use.

Further, 20-50 percent don’t know the THC:CBD ratio of the products they normally use.

This lack of consumer awareness could have implications for the safety and efficacy of therapeutic use and throws into question the reliance on self-reported cannabis potency in scientific studies.

The research, carried out at the University of Waterloo in Ontario, aimed to gauge consumer understanding of THC and CBD levels of common cannabis products, including herbal cannabis, edibles, vaporizers and topicals.

Of those reporting use of dried cannabis, only 10 percent were able to report the THC level of products they usually consumed.

In all three jurisdictions, less than one-third of consumers were able to identify THC and CBD levels in their products.

While the study did not verify the accuracy of this self-reported data, many consumers said their products contained implausible amounts of THC (greater than 30 percent) or CBD (greater than 20 percent)—levels rarely seen in the market.

Confusion about units of measurement was also prevalent, with consumers of dried cannabis reporting THC levels in milligrams (instead of grams) and users of edibles identifying cannabinoid levels in percentages (instead of milligrams). While users in US states where cannabis is legal were better able to report THC and CBD levels, still less than 20 percent of those using dried herb could identify THC levels.

These findings are consistent with other studies of self-reported THC levels that correlated only modestly with laboratory-tested levels.

Given the expansion of cannabis products in both recreational and medical markets—including high-CBD products and those with moderate and balanced THC:CBD ratios—there appears to be a need for more consumer education, especially about THC and CBD potency.

More-frequent users were better able to report both THC:CBD ratios and levels, suggesting consumer awareness may improve as the industry matures.