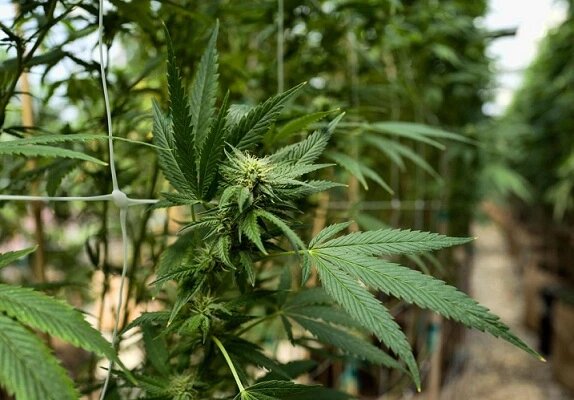 HAYWARD — A shop that will sell cannabis and deliver the substance to people’s doorsteps could be coming to downtown.

The City Council on Tuesday will consider the proposal by Jiva Life, which wants to open a dispensary at a vacant spot that once housed Art’s Crab Shak and before that, Hayward Fishery at C Street and Foothill Boulevard.

City officials are recommending the council support the proposal. The city’s Planning Commission backed the dispensary in October.

Jiva Life would provide 13 to 18 jobs and generate $10 million in sales during its first three years, providing approximately $700,000 in sales tax revenue for the city, Marcus Martinez, a Hayward associate planner, wrote in a staff report.

The business expects to have up to 31 employees after its third year, Martinez said.

He said the store could help revitalize the area. While the Hayward Fishery at one time was a popular, bustling restaurant, the site has been vacant for years.

“The building’s state of disrepair has resulted in a disproportionate impact on the surrounding neighborhood and signals a lack of investment in the area,” Martinez said in the report.

Plans include remodeling the building at 22701 Foothill Blvd., which will offer products such as edibles, oils and concentrates for both recreational and medical use. It would be open 9 a.m.-9 p.m. seven days a week. The adjacent site at 1055 C St., also part of the project, will be used for parking.

Rajiv Pottabathni, who is developing the business, told Planning Commissioners that he believes the public needs to be educated about cannabis for the effort to succeed.

“I think education is going to be the key in our industry — to educate consumers on when to use for certain things and how not to abuse it,” Pottabathni said. “It will be something that we will see throughout the state and the U.S.”

Currently, the existing building on Foothill Boulevard totals 3,496 square feet. The project calls for demolishing portions along the rear and front of it to create a new building area of 2,536 square feet.

Two security guards would be on-site when the dispensary opens.

Other security steps would include cameras inside and outside, an alarm system that will have panic buttons and motion detection lighting. Hayward police have reviewed and signed off on the safety measures.

“Seeing a new building with an upbeat tenant most definitely will perpetuate our goals for downtown and other parts of the city,” the property owner, Patrick Orosco, told the commission, which voted 6-1 to recommend the business.

Commissioner Robert Stevens cast the lone no vote, saying he believed there is a concentration of cannabis businesses approved for downtown and that more study needed to be done on cannabis and the impact such businesses have.

The first in Hayward was Cookies, formerly Hayward Station, at 1004 B St. and Main Street, and the second was Aunty Honeys at 1147 B St.

Kim Huggett, president of the Hayward Chamber of Commerce, spoke in favor of the dispensary during the commission meeting.

“Hayward’s downtown zone has clearly been developed by the city as an attraction for adult-related businesses,” Huggett sain a letter to the commission. “There are no schools here and no convenient routes for students to walk through downtown to school.”

In November 2016, California voters adopted Proposition 64, which legalized adult cannabis use, possession and cultivation for non-medicinal purposes. In October and November 2017, the City Council voted to allow cannabis businesses within Hayward.

Get Morning Report and other email newsletters