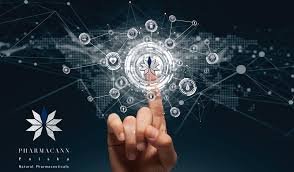 The opening of the mega-white factory this week is something of which the 2 million inhabitants of the Balkan country can be sincerely proud of, of course.

Through its Polish subsidiary Pharmacann Polska, PHCANN International opened the huge indoor weed nursery in Skopje with a floor area of no less than 17,800 square meters. PHCANN calls itself a ‘vertically integrated, multinational pharmaceutical cannabis company’, and that includes its own cannabis factories of course, hence the show in Skopje last Monday.

That is already the second cannabis nursery for PHCANN in Northern Macedonia and both facilities are of course built according to the EU GMP guidelines, or ‘Good Manufacturing Practice’. Even though they are not yet allowed to join the EU for the time being in Northern Macedonia, the cannabis grown there is intended for European consumers (and for ‘other global markets that allow legal medicinal cannabis’, according to the company). PHCANN expects to obtain this EU GMP certification in 2021.

More than 15,000 kilos of cannabis are expected to be harvested annually

A maximum of 15,500 kilos of cannabis buds per year can be grown there in Skopje. That will be exported partly in ‘herbal form’ (just as buds), and partly as oil all over the world.

SEE ALSO Why investors should follow the pot market

In addition, PHCANN – which is also listed on the New York Stock Exchange – has built a fully equipped ‘cannabinoid research and testing laboratory’ at the new XL cannabis nursery. In that laboratory, microbiological research is done and data on ‘cannabinoids in all forms’ is collected. The lab is built to ensure that all products are made to the highest standards – from planting to packaging and storage – for needy patients around the world,” the company stated.

PHCANN’s CEO, Zlatko Keskovski, said at the opening of his new plantation in Skopje that he expects Europe to become the world’s largest market for ‘pharmaceutical-grade cannabis products’ within 5 years.

As such, this facility will be able to meet demand from the UK, Germany, Poland and other countries in the EU that embrace pharmaceutical-grade cannabis, as well as other international markets such as Australia and Brazil.

“PHCANN’s philosophy has always been to put the patient at the heart of what we do, and we’ve implemented advanced technology to ensure we can produce the highest quality pharmaceutical products here,” said the boss himself.

Furthermore, there’s a lot of hard work for the cannabis sector in Northern Macedonia. However, by way of comparison, from 2021 onwards this PHCANN cannabis nursery will grow about 5 times as much cannabis as Bedrocan grows in the Netherlands after 20 years of operation.