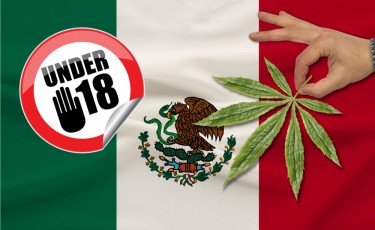 Roughly a week ago the Mexican Senate generally approved cannabis regulation in Mexico. Of course, it isn’t 100% legal as of yet, there will still be some more revisions made, but according to law makers the bill will advance this year and cannabis will be legal in what is touted to become the world’s largest legal cannabis market.

That’s right – unlike in the US, the Mexican age limit of consumption is set to 18. This means that there are millions of potential untapped customers within the market place. This also means that Mexico will become a favorite destination for Spring Breakers once the Pandemic lifts.

Before everything gets approved however, it still needs to go to the lower chambers of Congress for the final revisions, however, that is said to be completed by the December 15th deadline. While activists are critical of some parts of the legalization proposal, one of the political leaders [Monreal] simply said that they won’t be able to address all of the issues activists have raised.

Many consumers in Mexico are celebrating as 6 plants per person is permitted with up to eight per house hold if there’s more than 2 consumers. How they will enforce this is anyone’s guess – especially since Mexicans would not have to register for personal cultivation.

Of course, the Catholic Church had to bitch about this claiming that legislators legalized for the “liberty of a few at the expense of the many”. I imagined one of the Bishops sipping on a drink as he decries against cannabis. Additionally, don’t you think that the Church should first stop raping little children before talking about cannabis?

The Church also repeated the same reefer madness they have been singing for centuries – most people didn’t give a shit.

What does the new Cannabis system entail?

Since this is “Federal legalization” the government will now be creating a new federal agency that will be responsible for oversight and dispensing licenses.

It seems that there will be five different licensing schemes;

Not to mention that the lawmakers removed a controversial part of the law that would have limited the amount of licenses a person could hold, meaning now – vertical integration is possible in Mexico.

For those who don’t know what that means, it essentially means you can grow and sell and distribute, except you’d need a license for each one.

As for the personal cultivation, there will be no tracking of those plants. However, if you’re growing for commercial purposes, Mexico will be implementing a tracking system similar to Canada and California.

For activists, this was a point of contention considering that many of the Affected people from the War on Drugs live in rural areas which would make tracking not only expensive, but highly unviable. Perhaps, some of these issues will be addressed in the revision period.

As a part of undoing the harms of the war on cannabis – lawmakers will also force the government to expunge all cannabis related convictions over the next six months.

Another provision in the bill will force the industry to grant 40% of the licenses to those from indigenous or low-income or historically marginalized people. The remaining 60% will be open for the rest of the industry participants.

Public consumption will be allowed, except in places where tobacco is not permitted. This is significant because not even in the US can you consume publically. Also one cannot smoke cannabis in events where people under the age of 18 would be present.

This is the same issue I take with the Catholic Church’s argument – why have double standards when it comes to drugs?

The Great Mexican Cannabis Industry Takes off in 2021

The US will probably legalize cannabis next year. Then, it will probably take at least another year for the federal programs to be implemented. We can expect full legalization in the US probably in the beginning of 2022.

Mexico will take most of 2021 to structure itself, to start the cultivations and licensing schemes and you’ll see a flux of international corporations eyeing the Mexican Market.

Where Mexico will shine within the context of the international cannabis trade will most assuredly be in “Tourism” and “Import/Export”. The United States will probably become the #1 client of Mexican weed [now legal] where they will buy bulk raw cannabis material at a fraction of the cost in the US and Canada, convert it into oils or products and then probably export it back to the Mexican side of things.

This of course will not be as easy as one would imagine, especially if Mexican entrepreneurs jump the gun and start creating processing facilities in Mexico, which would create cheaper products with arguably the same level of quality solely due to the cost of operations in Mexico compared to that of the US.

For example, minimum wage in Mexico is $123 a day or roughly $6 a day. Compare that to the $7.25 per hour. In other words, to what it would cost you in the US to hire 1 worker for a full work shift, you can have eight Mexicans for the same price. Of course, if you pay your workers $6 a day, you’re an asshole!

Nonetheless, next year we’re going to see some major transformations in the international cannabis trade. Will 2020 mark the end of the war on cannabis? The dominoes are certainly falling. 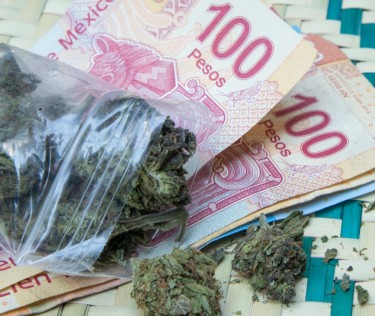 MEXICAN SENATES VOTES TO LEGALIZE CANNABIS, WHAT IS NEXT? 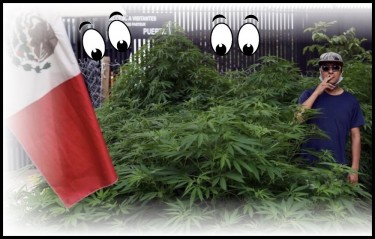 WHAT WE KNOW ABOUT THE MARIJUANA GARDEN AT THE MEXICAN SENATE?