CANNABIS CULTURE – Kenny Abbe took an Oklahoma growhouse by storm when he started growing some of the most beautiful cannabis plants without having the benefit of being able to actually see them. 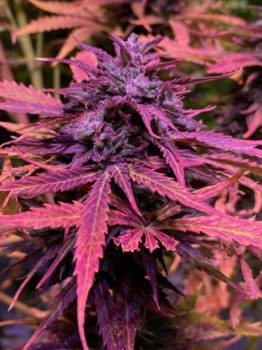 “Disability is only a true disability if the person suffering from it allows it to disable them,’ Abbe said.

In 2014, Abbe was living life as any other family man, working and raising his children with his wife, Shayana. Then tragedy struck. A horrible single-vehicle accident saw Abbe thrown through the windshield, nearly decapitating him, and left his wife severely injured as well. Both spent several months in the hospital recovering. Unfortunately, the long stay in hospital meant that they lost many of their worldly possession to pay bills and survive, but the repercussions did not end there. Abbe had not been expected to survive, and the damage to his skull was to the extent that neither of his eyes could be saved. While doctors did manage to save his life, both eyes had to be removed. 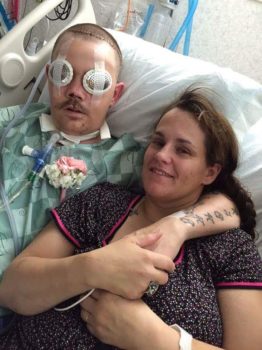 Now living in a world of darkness, Abbe had a choice to make. Would he succumb to the inevitable fear and depression that followed this life-changing and traumatic incident, or would he use it as an opportunity? After much time struggling with this, he made the wholehearted decision to continue to make something of his life for he and his family. Abbe had a skill, growing cannabis, and with his other senses now heightened, he began to use his vast knowledge of cannabis with his increased sense of smell and touch to grow cannabis with the help of his wife, who was fortunate enough to have also survived.

Abbe’s extensive knowledge of growing marijuana plants stemmed from been taught at a young age about natural growing and how to nurture plants and identify their needs. Before even hitting his formative teenage years, Abbe had connected with a local man who was an “old hippy-type” home grower. There he was able to learn skills, such as making cost-effective and highly efficient fertilizers. Through the years, his abilities continued to improve to the point that he could essentially sense what the plants were needing for optimal growth. His strains grew more potent, his plants became taller and healthier, and he learned how to adjust his custom fertilizers to suit exactly what each plant was lacking or overabundant in. He realized that just because he had lost his eyes did not mean that he had lost his skill, and he was determined not to give up.

After legalization in 2018, Sil Malone was looking to hire a grower for a legal cannabis grow operation in Oklahoma. Abbe applied and sent Malone some photos of his plants, managing to completely blow him away. They were some of the most beautiful plants that Malone had ever seen, and he was intrigued as to how a man with no vision had been able to perform such a feat.

Abbe explained that he worked closely with his partner and wife, Shayana. He would measure plants using his forearm to determine if their growth was appropriate, and then based on what he smelled, felt, and how Shayana would describe the plants themselves, Abbe would detail what needed to happen next. He continued to make his own fertilizer using bat guano and other sources high in nutritional compounds. Out of this teamwork and refined experience came potent, stunning cannabis grows. Between the trichrome definition and the colouring, Malone knew he had found someone special. 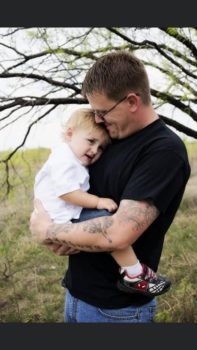 Malone did have concerns though. They operated out of a rather large warehouse, hundreds of square feet of floor space divided by pillars. Surely this would be hazardous for his newest employee! But after seeing the skill and passion from Abbe, Malone knew he had to have this man on his team. The company then undertook the massive project of redoing to the entire grow floor to remove all the pillars and make it an entirely open space, and all for Abbe. This proved to work well for Abbe, and within a short amount of time, he was Chief Grower.

Much like a Head Grower in Canada, a Chief Grower in the United States has extensive responsibilities when it comes to a growing operation. Not only are they responsible for the teams of growers below them, but also for every aspect of plant growth, including timing and rates of watering, nutrients, and light. It can be a daunting task for anyone, but Abbe never let this slow him down. His homemade nutrient mix of bat guano and other components combined with his knowledge and intuition about the needs of his plants continued to produce richly coloured and beautifully developed growth, and he quickly earned the respect of Malone and the rest of the team.

Abbe continues to be a source of inspiration to those around him. Malone now is proud to call him a dear friend, and speaks lovingly of the man who has faced so much adversity and overcome it. “This story is unlike any other within the cannabis world,” Malone stated. “It is truly an amazing and inspiring story. A true and indelible story of resilience and an unrelenting human spirit. An individual who would not allow his disability to quell his determination to live life.” Malone continued, “Kenny Abbe lives in a world shrouded in darkness. However, (his) spirit is as bright as a supernova. A man whose passion for growing quality cannabis is only surpassed for his love of his wife and kids. Through all of his challenges, Kenny never gave up on life, not to mention never giving up his pursuits of growing quality cannabis.” 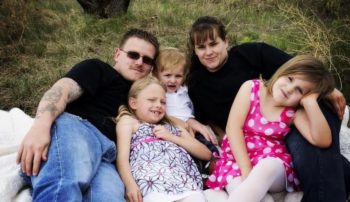 Nowadays, Abbe keeps much to himself outside of work. He has a small and close-knit circle of friends, and is a proud father of 2 and loving husband to Shayana. He has taken his disadvantages and turned them into beautiful positivity and light, finding a way to continue fulfilling his dreams. He wants people to know that a disability does not have to end goals, dreams, and a satisfying and happy life, saying, “Dare to be different. Don’t be afraid to stand out. Don’t let the fact that you don’t blend in with everyone else hold you back.”