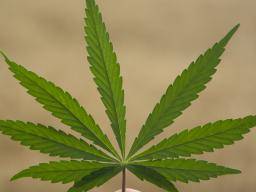 A new study confirms that cannabinoids, which are a class of active chemicals in cannabis, can successfully kill leukemia cells. They also find that the combination of chemicals and the order in which they are given is important. The findings will, no doubt, open the door to more effective treatments.

Cannabinoids, also known as phytocannabinoids, act as cannabinoid receptors in the brain. The most well known of these chemicals, and one of the most psychoactive, is tetrahydrocannabinol (THC).

To date, there have been more than 100 cannabinoids identified, all with different properties and chemical profiles.

And, over recent years, the potential anti-cancer effects of cannabinoids have come into focus.

Laboratory and animal studies have demonstrated that certain cannabinoids inhibit tumor growth by promoting cell death, reducing cell growth, and blocking the development of blood vessels that supply the tumor.

A number of cannabinoids have also been shown to successfully fight leukemia cells. Leukemia is a cancer of bone marrow and other blood-forming organs.

Earlier research found that some of these chemicals, when used in combination, become even more potent killers of cancerous cells.

A new study, published recently in the International Journal of Oncology, explored these combinations in more depth. They also looked at the potential use of cannabinoids in conjunction with the existing chemotherapy drugs cytarabine and vincristine.

The researchers were led by Dr. Wai Liu at St George’s, University of London in the United Kingdom. Studying cancer cells in the laboratory, the team tested various combinations of cannabinoids and chemotherapy drugs to find the most effective groupings. They also tried to understand whether or not the order that the chemicals were given in would make a difference to success rates.

They found that cannabidiol and THC, when used alone, killed leukemia cells. However, when used in conjunction, their potency was significantly improved; the whole is more than the sum of the parts.

It is hoped that, in the future, these types of findings will improve the effectiveness of leukemia treatment, as well as cancer treatment at large. It is also hoped that they will reduce the impact of chemotherapy treatment on the patient.

Currently, the side effects from chemotherapy can be severe; they include hair loss, mouth sores, nausea and vomiting, diarrhea, and an increased risk of infection. Using cannabinoids could potentially allow clinicians to reduce the dose of chemotherapy while retaining its anti-cancer abilities.

“We have shown for the first time that the order in which cannabinoids and chemotherapy are used is crucial in determining the overall effectiveness of this treatment. […] Cannabinoids are a very exciting prospect in oncology.”

The results are promising. It seems that the weight of evidence supporting the effectiveness of cannabinoids against cancer cells has tipped the balance. As Dr. Liu says, the focus is now on establishing the “the best ways that they should be used to maximize a therapeutic effect.”

Dr. Liu is also quick to note that, “These extracts are highly concentrated and purified, so smoking marijuana will not have a similar effect.”

Learn how topical cannabinoids may help to treat skin diseases.