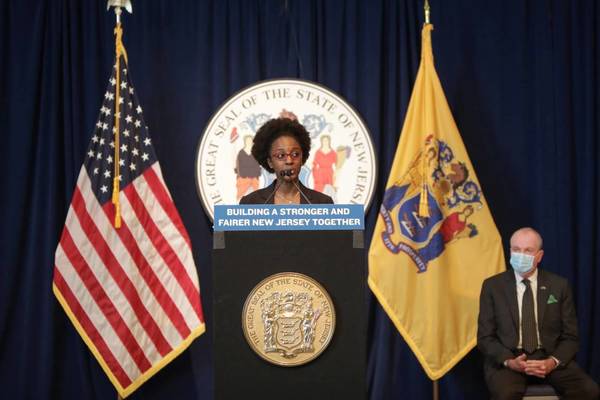 TRENTON, NJ – Governor Murphy announced his appointments of Dianna Houenou as Chair of the Cannabis Regulatory Commission, and Jeff Brown will serve as Executive Director of the Commission. The Governor will also appoint Krista Nash as a member of the Commission, upon the recommendation of Senate President Steve Sweeney.

“Dianna has been a critical voice for social justice and equity on my team for the past year and a half after spending several years working on the fight to legalize marijuana with the ACLU,” said Gov. Murphy. “Her commitment to doing what is right and to leaving no one behind has powered our criminal justice reform agenda, and I am immensely proud that she will be continuing that commitment as Chair of the Cannabis Regulatory Commission.”

“Jeff’s leadership overseeing the state’s Medicinal Marijuana program has contributed greatly to our efforts to expand access to those who need it,” Murphy continued. “He will bring the same integrity, care, and expertise that have led to the success of our Medicinal Marijuana program to his new role as Executive Director of the Cannabis Regulatory Commission, where he will play a key role in establishing our recreational marijuana marketplace.”

Our newsletter delivers the local news that you can trust.

“I am incredibly humbled and honored to have been chosen for this important position. New Jerseyans have long supported expansions of the medicinal cannabis program and now have raised their voices in support of legalized personal use for adults,” Houenou said. “Gov. Murphy has been steadfast in his commitment to promoting equity and social justice in the cannabis market, and I am especially grateful for the opportunity to put those values to work as part of the Cannabis Regulatory Commission.”

“From promoting inclusion in the permit holders to making affirmative investments in the future of our communities of color, New Jersey is poised to mark its position as a leader in advancing racial and social justice,” she said. “The opportunities for equity that lay ahead are limitless.”

“New Jersey voters have said definitively that they are ready to end cannabis prohibition,” Brown said. “I am beyond honored to accept this role and to be able play a key role in enacting the will of those voters, and commit to doing so in a way that is safe, equitable, fair, and ensures that our medical cannabis patients always have the access they need.”

“These are excellent appointments who will help ensure the success and integrity of the new cannabis industry in New Jersey,” said Senate President Steve Sweeney. “Once we have the commission in place, we can move forward with the legalization process that will deliver social justice reforms and create a new business sector that offers economic opportunities. The commission will have the responsibility of creating the organizational and regulatory system to oversee the safe use of cannabis products by adults.”

Dianna Houenou currently serves as Senior Policy Advisor and Associate Counsel to the Governor, advising on policy issues concerning criminal justice, military and veterans, community affairs, and immigrants’ rights matters. She has been involved in the establishment of New Jersey’s Office of New Americans and advancing the Administration’s criminal justice priorities, including expungement reform and working to advance meaningful civilian oversight of law enforcement. Prior to joining the Governor’s Office, she was Policy Counsel with the ACLU of New Jersey, where she led the organization’s coalitions advocating for marijuana legalization and Newark police reform. A resident of Trenton, Houenou received a Bachelor’s Degree from the University of North Carolina Chapel Hill. She holds a J.D. from the University of North Carolina School of Law.

Jeff Brown currently serves as Assistant Commissioner at the NJ Dept. of Health, overseeing the Division of Medicinal Marijuana. Under his leadership, the Division of Marijuana has expanded access throughout New Jersey, increasing the number of enrolled patients from 17,000 to over 95,000 and more than doubling the number of participating physicians and dispensaries.