A brief, 7-month tenure as executive chairman of Vireo Health showed the world that, in spite of pursuing other non-cannabis ventures, the entrepreneur is still interested in the cannabis plant.

However, Linton appears to be sailing against the CBD current. 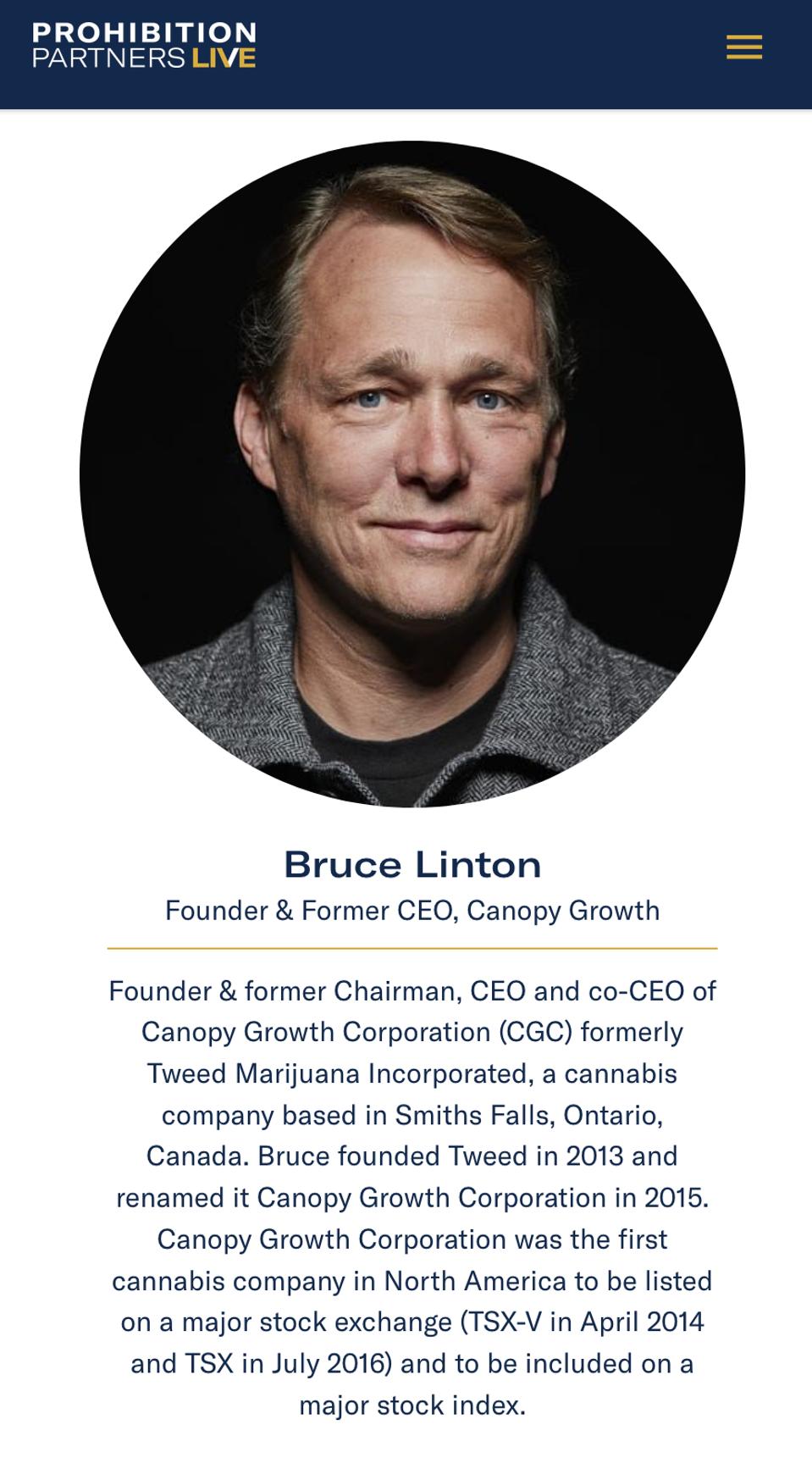 “I’m not super sold on CBD as a segment, but I’m hugely sold on the hemp plant,” he told us in a recent interview, conducted minutes before hopping on the virtual stage of the Prohibition Partners Live conference.

For Linton, the CBD craze will blow over, but the hemp plant is here to stay. And he doesn’t intend to be left behind.

Earlier this year, Linton launched Collective Growth Corp (NASDAQ:CGROW), a special-purpose acquisition company that went public on the Nadaq exchange in May, and aims to exploit the potential of hemp, seeking to disrupt many industries that go well-beyond medical and recreational cannabis.

“The biggest disruption opportunity related to cannabis plants at large is to use the whole plant and hemp for what it can do. And there’s over 200 categories of things that you can disrupt,” he said.

Linton says he’s “on the outside looking in, as far as the belief in CBD.”

CBD is definitely a powerful cannabinoid, he adds. The therapeutic effect of high-dosage CBD in specific cases, like reducing spasticity in children affected from refractory epilepsy, has been clinically proven.

“That dosage response is true. But that’s super high dosages, right? This is like a thousand plus milligrams,” adds Linton.

And he has a point. While CBD has shown consistent results for the treatment of specific ailments, the panacea-mentality associated with the compound in recent years is likely to be far-fetched. In fact, some have gone as far as claiming CBD can cure COVID-19 – a claim that has not been proven anywhere and prompted the FDA to send a warning letter informing it would pursue “legal action, including, without limitation, seizure and injunction,” should the people behind it not retract it immediately.

“If you just rubbed it on your elbow and it is allegedly a 20 milligram total dose cream in the container, so you rub two milligrams on your elbow, I’m highly suspicious of any efficacy to your benefit.”

This position is consistent with Linton’s signature stance of looking at science and research before making big decisions. The executive lamented how in the past 18 months, research and science related to cannabinoids in general has slowed down immennsely, in benefit of more market-oriented practices and studies.

This disbelief in CBD as a segment led Linton to analyze hemp’s sustainable and economic potential.

“The more I went around and the more I looked, the more it was evident that everybody was growing the wrong kind of hemp plant,“ he explains.

In his eyes, many farmers are trying to make a quick buck off CBD, while failing to recognize the immense value of the by-products of the production of CBD from hemp.

Turning his ideas into action in a classic Bruce Linton fashion, the executive founded Collective Growth Corp, a blank-check company that aims to fuel the U.S. hemp industry.

In spite of the financial crisis, the company was able to raise $150 million and IPO on the Nasdaq on May 1, under the symbol CGROU. The company’s core team even got to ring the bell – virtually, as the only company that went public on the exchange that week.

In his own words, if the company is able to execute the strategy it has planned out, it can grow to a billion dollar enterprise within 18 months.

Hemp’s ability to be used as an industrial material in countless supply chains in a sustainable way makes it a valuable commodity in the post-COVID world. In the “new normal,” global supply chains are starting to raise concerns arounnd logistics and sustainability.

Hemp is specially viable as a building material. Its fibers, says Linton, are stronger than steel, when looking at their tensile strength per diameter.

As opposed to the U.S., Europe never placed strong restrictions on hemp. That has put the region in a competitive advantage in terms of production capacity and technological development.

For Collective Growth, Europe is where the best purchase opportunities can be found. The company was founded as a special-purpose acquisition company, or SPAC, a type of company that raises funds in order to acquire other companies. SPACs has become very popular in the cannabis industry in recent months, and some argue they “saved” the cannabis market in a time of limited access to capital.

“You can buy a BMW right now, the E series…one of them is 21% made of hemp, and none of it comes from America. None, not a scrap of it. It’s all from Europe,” says Linton.

Collective Growth is looking at hemp companies that produce food and pharma products, as well as others that focus on disruptive uses of hemp for industrial purposes. Although Europe is where the best hemp technology is found today, Collective Growth’s mission is to bring hemp back as a significant crop into the agricultural system of the United States.

According to Linton, farmers in the U.S. who want to grow other crops are in trouble nowadays: soybeans face strong competition from China; corn, which is largely produced for the extraction of ethanol as a fuel, is bad business because oil prices are at record lows. The situation is starting to look dire.

Hemp, on the other hand, can become a viable source of revenue for U.S. farmers. According to Linton, if the plant is cultivated and processes correctly, every part can be utilized. This means revenue sources are increasigly diversified.

“By the time you get to the CBD, you’ve made enough profit off the whole plant that you can actually take a small part of that profit -less than half- use it to extract and get free CBD.”

Linton will be leading purchases for his new SPAC, while filling board seats at MindMed and Red Light Holland, two up-and-coming psychedelics companies he’s involved in. Linton also holds an executive post at Gage Cannabis and has co-founded a P2P rental marketplace called Ruckify, which already employs 100 associates and has country-wide presence.

This article was originally published on Forbes, and republished here with permission.

© 2020 Benzinga.com. Benzinga does not provide investment advice. All rights reserved.