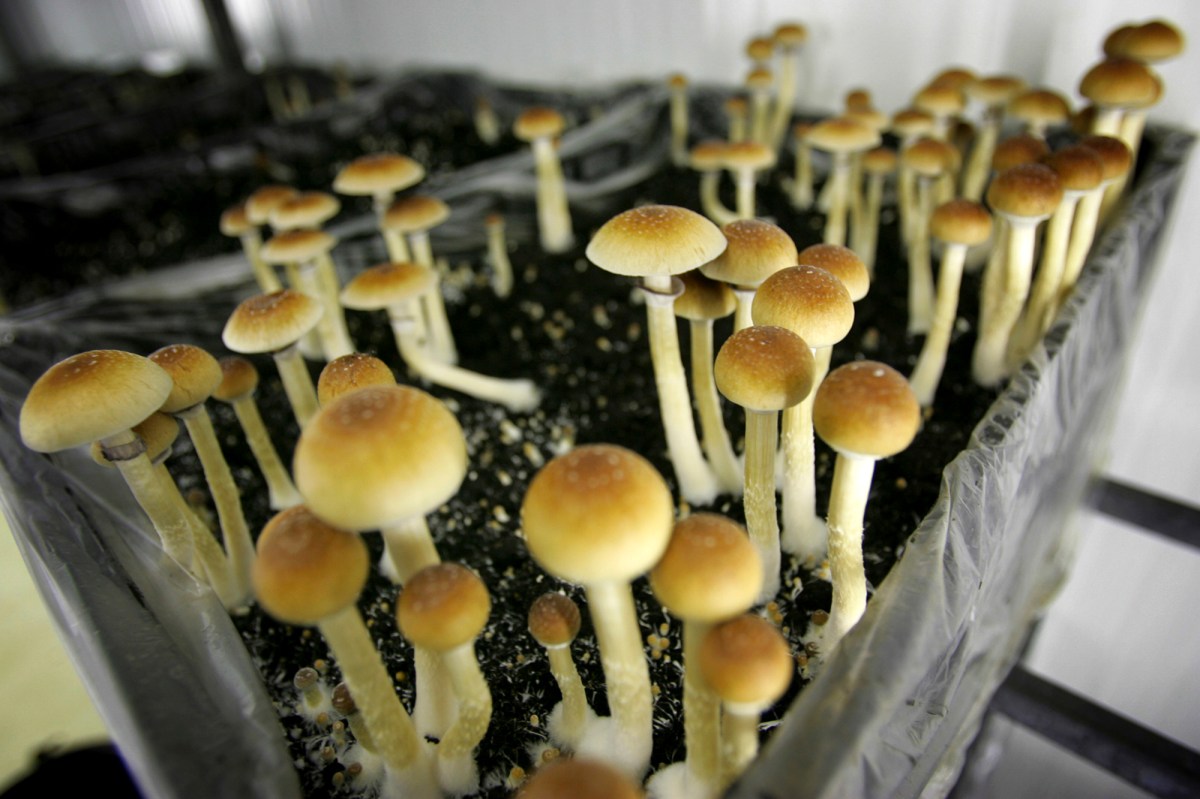 Tuesday’s election isn’t all about Trump vs. Biden.

Voters in 32 states and the District of Columbia will also have their say on 120 local ballot measures — including legalizing the use of “magic mushrooms” as a therapeutic drug and giving consent to recreational use of marijuana.

Oregon, where weed is already sold legally, is considering whether to allow the regulated medical use of psilocybin, a hallucinogen more commonly known as magic mushrooms.

Supporters point to evidence that the chemical could have positive effects for patients with mental health issues. While some Democratic lawmakers back the measure, the American Psychiatric Association opposes it.

“We are concerned about determining medical treatment by ballot initiative. Such treatment should be evidence-based and determined solely by professional standards of care,” the psychiatrists’ trade group said.

“Science does not yet indicate that psilocybin is a safe medical treatment for mental health conditions.”

Meanwhile District of Columbia voters will consider an initiative to direct police to decriminalize the non-commercial cultivation, distribution, possession, and use of psilocybin and similar drugs.

Elsewhere, voters in four states — neighboring New Jersey, Arizona and Montana and South Dakota — will vote on whether to OK the adult recreational use of marijuana. Weed is already legal in 11 states.

The Garden State’s Public Question #1 reads, “Do you approve amending the constitution to legalize a controlled form of marijuana called ‘cannabis’?”

Polls show that Jersey voters support legalizing wacky tobaccy. Approval in the Garden State will put more pressure on New York to follow suit. New Jersey Gov. Phil Murphy has been a pot pusher, but the legislature there has blocked the issue until now.

“In New York we have a thriving black market and we’ll be surrounded by states that legally sell marijuana,” said state Sen. Diane Savino (D-SI), who sponsored the law that allowed the medicinal use of cannabis in the Empire State.

Recreational sale of marijuana is already legal in neighboring Massachusetts and Vermont.

New York does not have any issues on the ballot this year. Gov. Andrew Cuomo scrapped a $3 billion climate change bond initiative because of the coronavirus pandemic-fueled fiscal crisis.

Issues on ballots in other states around the nation include:

In California, voters will take up Proposition 22, a measure to define gig workers — such as drivers for app-based rideshare and delivery services — as independent contractors rather than employees.

The initiative would overturn a law passed by the legislature that made it easier to count drivers as employees rather than independent contractors and provide them with benefits such as sick pay and a minimum wage.

Supporters of the measure include Uber, DoorDash, Instacart, Lyft, and Postmates. Opponents include top Democrats and labor unions.

The results will be closely watched in New York, where state lawmakers are grappling with the issue and court rulings have said that app-based drivers are considered employees for purposes of collecting unemployment and workers compensation, said Savino, who is involved in drafting legislation regarding gig workers.

Savino said any law has to retain the “flexibility” that app-based services and drivers want while building in worker protections in the growing gig economy.

Arizona voters will be asked in Proposition 208 whether to raise state income taxes on high income earners. The initiative would impose an additional 3.5 percent tax on incomes above $250,000 for single filers and $500,000 for joint filers in addition to the existing tax of 4.5 percent. The proceeds would fund education.

Meanwhile, Illinois voters will decide whether to repeal a constitutional provision that requires all residents to pay an income tax based on the same flat rate regardless of wealth.

In Colorado, voters will have their say on whether to prohibit abortion after 22 weeks.

Louisiana residents will vote on a proposed amendment that says, “nothing in this constitution shall be construed to secure or protect a right to abortion or require the funding of abortion.”

California voters will consider Proposition 16, a measure to repeal the proposition approved in 1996 that outlawed affirmative action in public employment, public education, and public contracting.

Washington state is asking voters whether they want to require public schools to provide comprehensive sex education, while allowing parents to opt out their kids.

Florida will ask voters whether they want to raise the state’s minimum wage in steps to $15 an hour by September 2026. It is expected to pass.

California will consider Proposition 21, a measure to allow local governments to enact rent control on certain homes and units.

Mississippi voters will consider whether to adopt a new state flag design that replaces one that includes a rendering of the Confederate battle flag. The proposed new design features a magnolia — the state flower — on a dark blue background with red bars on each end, according to the Alton Telegraph.