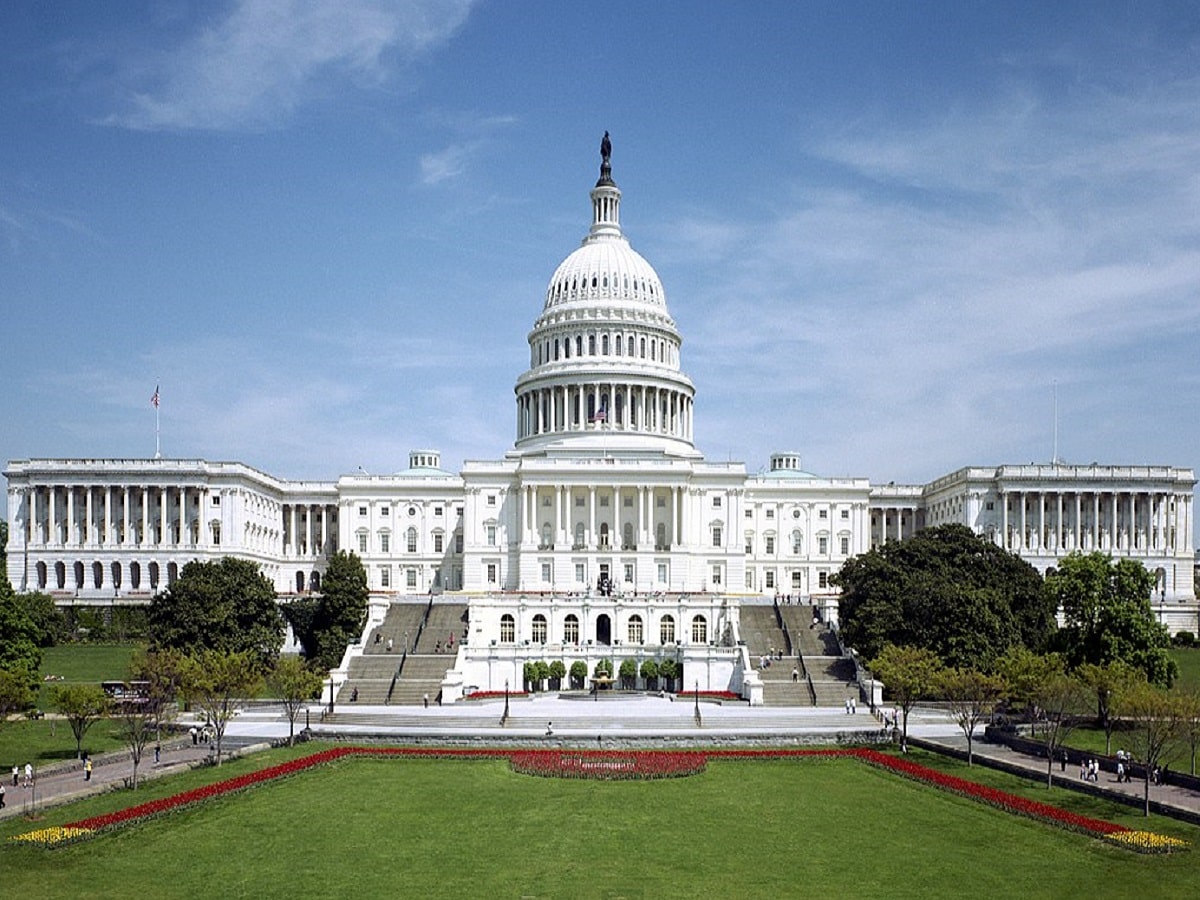 The United States House of Representatives is expected to hold a vote later this month that is going to be truly historic. Below is more information about it via a press release sent to us by our friends at NORML:

Members of the US House of Representatives are expected to vote later this month on The Marijuana Opportunity, Reinvestment, and Expungement Act (a/k/a The MORE Act). Since its introduction last August, NORML has worked diligently to gain political support for the Act, which is now co-sponsored by nearly one-quarter of the US House.

While NORML anticipates successful passage of the bill in the House, we also recognize that this vote is far from the end of this campaign. Nonetheless, the forthcoming House vote will mark an important and significant milestone in the history of marijuana law reform.

To date, 33 states and the District of Columbia regulate the production, sale, and use of marijuana and marijuana-infused products for medical purposes. Eleven of these states also permit marijuana possession by adults, and ten of them also regulate adult-use sales. Yet, to date, all of these state-level legalization policies are incongruous with federal law, which classifies the cannabis plant as a Schedule I criminal substance.

This state-federal conflict is problematic for a variety of reasons. For example, those who operate state-licensed marijuana establishments experience unnecessary fears and hardships as a result of this conflict – such as a lack of banking access, the failure to qualify for federal small business loans, and the lingering concern that one day their activities may be the target of a federal prosecution. Ultimately, only legislative action by the federal government can rectify this schizophrenic-like situation.

Of course, gaining Congressional approval for any legislation is a difficult task – over the past decade, fewer than three percent of bills or resolutions introduced in Congress were signed into law – and passing substantive marijuana reforms at the federal level is even more difficult. Nonetheless, passing legislation through Congress remains the most viable pathway for amending the federal Controlled Substances Act, so therefore it is the primary avenue that advocates must pursue.

What Does the MORE Act Do?

There are many competing marijuana-related reform bills pending in Congress. The MORE Act is the most significant and comprehensive of these legislative efforts.

Most importantly, The MORE Act removes cannabis from the Controlled Substances Act — thus providing individual states with the authority to be the primary arbiters of cannabis policy and eliminating the existing conflict between state-level marijuana legalization policies and federal law.

The MORE Act would also make several other important changes to federal marijuana policy. For example, it permits physicians affiliated with the Veterans Administration for the first time to make medical cannabis recommendations to qualifying veterans who reside in legal states, and it incentivizes states to move ahead with expungement policies that will end the stigma and lost opportunities suffered by those with past, low-level cannabis convictions. The MORE Act also allows the Small Business Administration to support entrepreneurs and businesses as they seek to gain a foothold in this emerging industry.

Why Is This Vote So Important?

Despite the reality that Senate GOP leaders, and Speaker Mitch McConnell in particular, at this time lack the appetite to advance even moderate cannabis reform legislation, House action on The MORE Act is significant nonetheless.

First, the House’s pending floor vote is historic. It will be the first time since the passage of the Controlled Substances Act of 1970 that a Congressional chamber has ever voted on legislation to remove marijuana from its prohibitive classification under federal law.

Second, this vote puts the 435 members of the House on record. Following this vote, the public will know who in the US House of Representatives stands with the majority of Americans in support of an end to the failed federal policy of marijuana prohibition. Conversely, voters will also know which members wish to continue to threaten the freedom and liberty of the millions of Americans who reside in states that have enacted common-sense alternatives to cannabis criminalization.

Third, a majority vote in favor of MORE will provide reformers with significant political clout to encourage the Biden campaign to take a more progressive and aggressive stance on the marijuana reform issue. Currently, the campaign has publicly endorsed a policy of marijuana rescheduling – a policy that NORML believes is woefully inadequate and that could inadvertently complicate statewide reform efforts. However, approval of The MORE Act by the Democratic-controlled House could be the impetus necessary for the Biden campaign to revisit its existing stance and move in a direction that provides for federally descheduling marijuana — a position already held by Vice Presidential candidate Kamala Harris..

Finally, the advancement of The MORE Act by the House sets the stage for a potential, and necessary, Senate battle in 2021. If Democrats gain majority control of the Senate in November, our most significant hurdle – Speaker Mitch McConnell – will no longer be able to single-handedly stonewall legislative progress. Further, several powerful Senate Democrats, such as Senate Minority Leader Chuck Schumer, are already on record in support of descheduling and would likely be receptive to debating and advancing this and other important marijuana reform legislation in the next Congress.

NORML advocates for changes in public policy so that the responsible possession and use of marijuana by adults is no longer subject to criminal penalties. NORML further advocates for a regulated commercial cannabis market so that activities involving the for-profit production and retail sale of cannabis and cannabis products are safe, transparent, consumer-friendly, and are subject to state and/or local licensure. Finally, NORML advocates for additional changes in legal and regulatory policies so that those who use marijuana responsibly are no longer face either social stigma or workplace discrimination, and so that those with past criminal records for marijuana-related violations have the opportunity to have their records automatically expunged.

Find out more at norml.org and read our Fact Sheets on the most common misconceptions and myths regarding reform efforts around the country