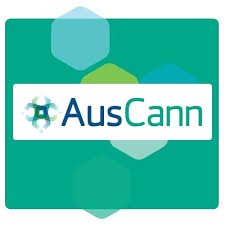 AusCann Group (AC8) has completed its first clinical study for its proprietary Neuvis platform of self-emulsifying powder in hard-shell capsules.

The randomised, open-label, crossover phase one study was managed by Melbourne-based contract research organisation, Nucleus Network. It evaluated the pharmacokinetics and safety of a single dose in 28 healthy volunteers – 25 of whom completed the study.

“Our intent in conducting this study was to provide data to assist doctors in the use of our THC:CBD combination capsules and to make informed treatment decisions,” CEO Nick Woolf said.

Importantly, however, the oil comparator resulted in more adverse events than with the AusCann capsule formulation. For example, 16 of 28 subjects, or 57 per cent, experienced at least one adverse event with the oil, compared with only seven of 25 subjects, or 28 per cent, treated with the capsules.

In the TGA’s assessment report of Sativex, the adverse event rate was 66 per cent, which is more than twice than the AusCann capsule.

“Having a pharmacokinetic curve that is optimised to an appropriate peak level with a more sustained duration, as was evident from this study with AusCann’s capsules, should translate to improved outcomes and reduced side effects for patients,” Chief Medical Advisor Dr Marc Russo said.

Now that the study is complete, AusCann will progress to phase 2a study of its hard-shell capsules for treating chronic neuropathic pain which is caused by damage to the brain, spinal cord or peripheral nervous system.